This is a problem that affects us all. Be it a part of a company’s pre-employment drug screening process or during your employment at a company, the time comes on all of us that we are going to face a drug test. Even though weed is legal in many states the demand for sobriety is still high!

To confirm if you are a toker you can be subjected to a variety of different drug tests. The problem is that even when you’re no longer high, the weed will stay in your system for a while.

It stays in your system a lot longer than any other substance you might use. Marijuana users can test positive for the drug for up to a period of up to 30-90 days, depending on how much they smoke it. Casual marijuana smokers find they can beat a drug test after a month of abstinence. We don’t say its a guarantee of course. The thing is, even though you no longer feel high a while after burning the magic tree THC from marijuana still stays in your system.

Since the compound is fat soluble, it can get absorbed and stored in the fat cells in your body. Thus, making it detectable for up to a month even for people who don’t smoke up all the time.

No reason to worry though. If you are facing a drug test on short notice we can tell you how to pass a drug test within a few hours. When you start to learn about passing a drug test, we first need to learn the types of drug tests.

Preparing to pass a drug test

When it comes to passing drug tests, the more time that you have before the test is due the better it is for your chances to pass the test. If you have any time at all between being notified and the test, you should use that time properly to abstain from smoking any more marijuana.

Usually, when you are going to be facing a workplace drug test, either from a prospective employer or where you’re currently employed, you should get a fair warning.

That being said, there is always the chance that you’ll be facing a drug test which will come with almost no time for you to pass for it through abstinence and no chance of passing a drug test naturally.

So, what is the best way to pass a drug test on short notice? 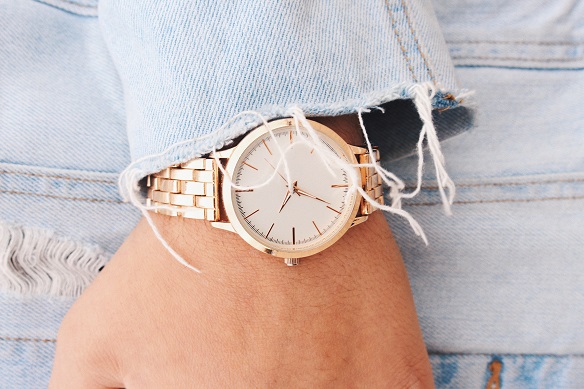 The most common form of drug tests are urine tests. We consider these the most straightforward test to beat. The first approach to passing a urine test is to stop smoking immediately when you find out you’re due for a urine test.

Beyond that, you have to consume a diet with plenty of fibers and drink water like there’s no tomorrow. On the day of your test, make sure that you’ve gone to urinate at least twice before you go in to submit the sample.

When you’re submitting the sample, try to make sure that the initial stream of your urine goes into the toilet and then fill the sample jar.

The metabolites are mainly in the initial part of the stream rather than towards the end. The problem is that you still need plenty of time between when you stop smoking up and the test to have good chances of passing it with this method. 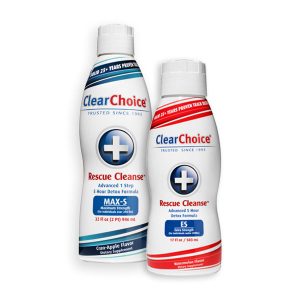 Detox drinks are available in the market for you to use; they come in very handy in emergency situations. These kinds of natural detox products have been around for a while and have been managing to help people pass drug tests on short notice. Detox pills for drug tests can also come in handy.

One of the best companies around for detox products is Clear Choice.

If you’re someone who doesn’t smoke a lot, you can make use of the One Shot Concentrate by Clear Choice to pass the urine test.

If you’re someone who smokes quite regularly, you’ll have to use the Rescue Cleanse by the same company. There are two sizes, the 17 oz and the 32 oz bottles. If you’re under 200 lbs, you can use the 17 oz bottle but you should go for the 32 oz bottle if you’re over 200 lbs. Just follow the instructions and you’ll be in the clear.

When you have very little notice before you need to submit a sample for the urine test, you should go for a safer approach. 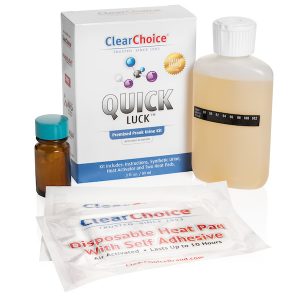 If you’re a real heavy user, no amount of detox drinks can help you out in giving a clean sample for the urine test. Or if you are facing a surprise drug test.

We found the best bet for heavy smokers is synthetic urine. Clear Choice has a product that can help you out.

Quick Luck is a NEW premium quality, 3 oz synthetic urine kit with the most superior formula on the market, based on more than 15 years of research and lab testing.

Quick Luck is the only premixed, synthetic urine of its kind and it rivals any other product out there on the market. This is a 100% effective, pre-mixed, uni-sex, 3 oz synthetic urine sample which is designed to be undetectable and toxin free.

If you’re male and facing a supervised drug test, you can use a synthetic urine kit that will come with a realistic prosthetic that can fool even the most vigilant supervisor. For the ladies, they have the Incognito Belt. 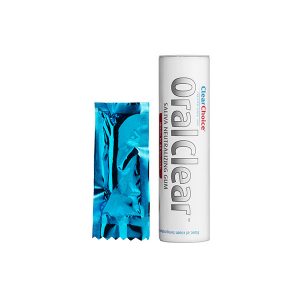 Saliva drug tests can be beaten by using the Oral Clear Gum by Clear Choice.

The gum is actually a capsule, so when you bite on it, it releases a liquid chemical.

This liquid is comprised of antioxidants and hydrogen peroxide in a form that can disguise the toxins in the mouth for a very short period of time.

You have to pop one in and bite down on it. The liquid inside should be spread around the insides of the mouth so when the sample is collected, the THC in the saliva is masked and put you in the clear.

You only have to chew for 30 seconds. After that, you can stop chewing, and either swallow the gum or spit it out. The gum loses its efficacy around the 30-minute mark. All you have to do is hide this product on yourself for use in any emergencies! 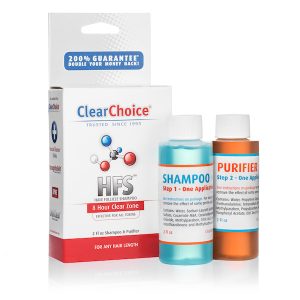 Hair testing isn’t as simple to beat as saliva or urine tests. If hair testing is the preferred method by your employer for drug testing then you’ll have to resort to using specialized shampoos to pass them. The Hair Follicle Shampoo by Clear Choice is your best chance to beat hair testing.

It works by going deep into your hair and cleaning out the THC from within the hair to make sure the samples collected are clear of any THC metabolites.

Since hair testing can detect marijuana for up to 90 days before the test was conducted, you need to be very careful that you follow all the instructions and precautions and avoid contact with any weed after the test.

The only chance of you passing blood tests is by causing delays in any manner possible to submit the sample. Workplace drug tests do not entail blood tests so there isn’t much to worry about.

The most probable test which you’ll be facing is the urine test. That’s the easiest form of a drug test to pass and you can easily pass it even if you have a short time to prepare.

Take all the precautions necessary to do so. Preparation is the key. To pass a saliva test it’s not so difficult you just need to have the gum on hand!

Hair testing is the one you have to be careful with but it’s not unbeatable if you follow all the instructions for the respective products for the kind of drug tests you’ll be facing.